Contest was judged by the staff of Helen: A Literary Magazine, Brett Salsbury of the Neon Museum, and Heather Lang of Petite Hound Press and The Literary Review. 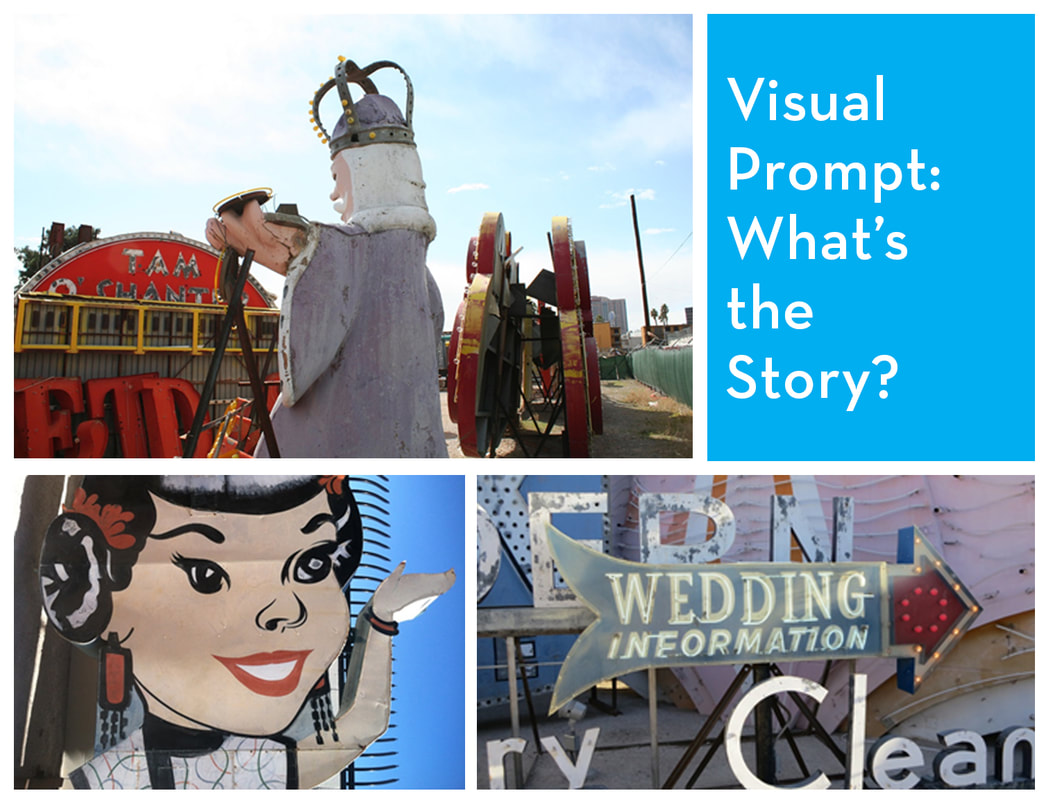 Contest was judged by the staff of Helen: A Literary Magazine, Brett Salsbury of the Neon Museum, and Heather Lang of Petite Hound Press and The Literary Review.
Our winning selection is a short story:

“Urban Passage” by Brittany Bronson
“No Chants” by D.K. Sole
“The Neon Boneyard” by Jeanine Diehl

​It was unclear if the busker was supposed to be a wizard or a king. Kings usually wore nicer robes, and wizards didn’t wear crowns—even ones made from tin foil and sequins. In the pulsing light of the animated street, it twinkled to match the mischief in his eyes as he pressed an envelope to his forehead. The audience laughed, mostly at the discomfort of the woman who had volunteered.

“But never mind what Freud would think,” he said with a grand voice and a wink. “The spirits have told me that you dreamt of being in a car… a train car. And that train never reaches the station!” With a flourish he handed the envelope back to the woman, his other hand catching his fake beard before it fell off.

The attention of the crowd followed the envelope and she snatched it out of his hand, knowing it was up to her to finish the trick. She ripped it open and showed the slip of paper to the nearby audience, allowing that the tight, slanted script was in her hand.

There was a pattering of applause, some laughter, and the crowd moved on to other momentary amusements, leaving a few dollars in the oversized plastic chalice reserved for the duty.

The woman stayed behind. The wizard had singled her out because she was dressed more formally than usual for this stretch of street, hoped she would add some glamor to his act. She looked out of place before. Now she was lost in thought, torn envelope in one hand, the other to her mouth, biting on the corner of her thumb. The wizard adjusted his beard and gave her a glance. He didn’t answer questions about his tricks. “Who else would like to learn about their future?” he said, hunting for his next volunteer.

The woman blinked out of her reverie and hid her thumb in her fist. He hadn’t told her about her future—she’d told him about her past. She dug a few singles out of her handbag and forced them into his chalice before walking away. The magician hitched up his robe and picked up the torn envelope she had left behind. “Trapped on a train that never arrives,” it read.

He checked his watch, again. He was breathing hard, in too much of a hurry. This side of the street was nearly deserted and he’d been making good time. Unlike the crowds, pulsing lights, and promises across the street, here a chainlink fence separated him from flood lights and the growls of purposeful machinery. An indigo smudge hung on the horizon, the last of a short December day, but the construction would continue through the night. He willed himself to linger for a minute, watching the worksite. He stopped short of touching the fence. Everything here was covered with dust and he didn’t want it on his only formal jacket.

He wasn’t good at waiting, but it was better to wait here than there.

He checked his watch. Still very early. For a moment, he wished they’d agreed to bring others in on this. He could use someone to talk to right now. But this was between just the two of them.

The floodlights cast sharp shadows across the worksite as heavy machinery plodded along the rutted earth. People in hardhats and reflective vests walked between them without care. Yellow safety lights strobed. It had been a month since the implosion and the rubble was nearly cleared. A temporary sign asked “What’s Next?” He decided there was more promise here than in all the crowds and glimmer across the street. Wiping clean the mistakes of the past. Building something new.

He patted his pocket, making sure it was still there. Wondering if there was anything else he was forgetting. He checked his watch and set off again. Still too early.

She pulled her thumb out of her mouth and frowned at it. She was halfway to destroying a good manicure. It was okay, she told herself. No one ever looked at her hands anyway.

But tonight was different and there was a spot of blood coming from the corner of her nail, putting her all white outfit in danger. She stepped out of the rush of people to attend to the disaster. No, it wasn’t a disaster, she reminded herself. This was something she could deal with. She retreated into an alcove out of the wind and hugged herself. She regretted leaving the matching shawl at home even if it did make her look frumpy.

She sucked on her thumb.

There was a sign above the street, the only one not pleading for attention. A narrow scaffolding supported a sign painter laying in dark lines while floodlights lit his empty canvas. A cartoon woman was taking shape under his bold brush, the mascot for a new Chinese restaurant.

She dug into her handbag for a tissue and dabbed at her thumb. After a minute she wrapped the tissue around it and applied pressure.

There was something wrong with the sign. The outline didn’t quite match the figure. The work lights revealed hints of what had been below. Last month this had been a seafood restaurant, the sign a mermaid to enchant customers. In the space previously filled by luxurious flowing hair, there was now a cartoonishly large head with long drop earrings. Her sinuous fish body and tail became a body-hugging cheongsam, kneeling on a cushion.

She almost scoffed at the ridiculousness of it. A mermaid’s wish coming true, in its own superficial way.

She checked on her thumb again. It seemed okay. If she could just remember to keep from biting it. She gave a last look at the painter and his work, and decided she was glad someone was willing to put new paint on the old sign, even if the overall shape couldn’t be changed. Unlike the major construction across the street, sometimes you had to work with what you had.

She stuffed the tissue back in her handbag and set off with more certainty than she’d had before.

He stood, bouncing on his toes. He didn’t want to look nervous, but it was bounce or pace. So he bounced. He held his wrist in one hand to cover his watch. He wasn’t going to look at the time, he told himself. Not until he knew for sure, one way or the other.

Yet he’d lost track of time. And she was often late. He reminded himself of that. He couldn’t let it bother him. If it bothered him tonight…

He’d crossed the street, over to where the lights beckoned. There were fewer people on this block. It didn’t offer the promises most of them were looking for. The sign above him blinked white and red, directing interested parties to the right.

His ear picked out her walk, approaching from behind. She was always hesitant in heels. Her steps slowed and faltered as she looked around. He was standing in shadow and the sight of him in a suit was unfamiliar.

He was afraid to move. It could be someone else, wishful thinking playing tricks. Or maybe she was hesitating because she’d come to deliver bad news in person. He knew he had the courage to walk through that door with her, but he was afraid to turn around.

Her footsteps picked up again as she recognized him. She slid her hands over his eyes, feeling the tension ease out of him. She lifted herself on her toes and whispered to his ear. “It’s bad luck to see the bride before the wedding.”

He pulled her hands down and kissed each palm before turning and looking her in the eye. “There’s no room for bad luck tonight.”

They drank in each other’s warmth for a moment then looked up at the sign. “Wedding Information,” it said. The arrow pointed to the right.

She bit her lip, but not her thumb. He pulled his cuff down to hide his watch. They turned right and opened the door.
Steven Hoefer lives in Las Vegas, Nevada where he builds robots and writes fiction and nonfiction about the intersection of people and technology. He studied writing at the University of Iowa and is currently working on the fourth novel in his near-future science fiction series The Embassy. Read more about his fiction at ReadSteven.com and follow him on Twitter at @writtenbysteven.